Book Of The Month 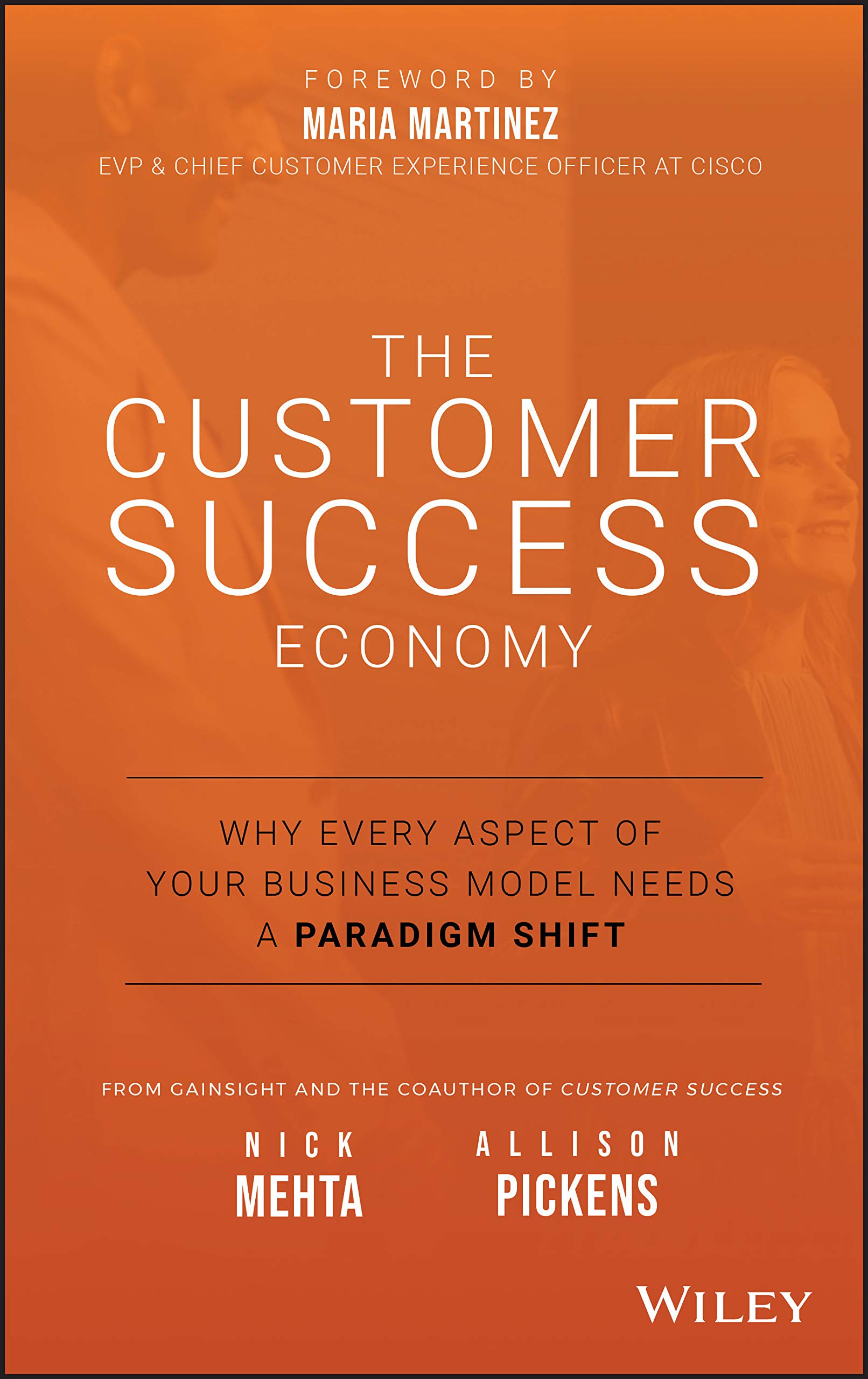 Our “Book of the Month” for June/July 2021 is The Customer Success Economy by Nick Mehta and Allison Pickens.

I’ve chosen this book because it’s only fairly recently been published – in fact it came out in June of 2020 – and also because it is written by perhaps two of the most influential individuals within the Customer Success profession to date, namely Nick Mehta, CEO of Gainsight, and Allison Pickens, formerly COO at Gainsight, and now an independent investor in B2B SaaS startups.

How to Get Involved!

Each month we feature a different book about or relating in some way to the Customer Success profession, and you can get involved in a number of ways…

1. Buy and Read the Book

The most obvious way in which you can get involved is by getting your own copy and reading it. We hope that the information we will be publishing over the month in which the book is featured will give you plenty of information to help you decide whether this is the right book for your personal library!

If you read our book of the month then why not share your thoughts and experiences of it with the rest of the Customer Success community? CS professionals love to know what their fellow colleagues and friends think of any books that relate either directly or indirectly to the improvement of our personal CS practice.  Just go the Book Reviews page and complete the form to review this book or indeed any other books you want to recommend to your fellow members – the more book reviews you submit the better!

3. Ask the Author a Question

Each time we feature a “Book of the Month” our intention is to interview the author to find out what inspired them to write their book, where their ideas came from, and what they hope their readers will get out of reading it. This interview will be published in full and we want you to help us decide what questions to ask each month. If you have a particular questions for the author of our Book of the Month, simply complete the form below and submit your questions to us before the date shown and we will do our best to ask all or at least as many questions as possible.

What book would you like to us to review in the future?

You can nominate any book at all, not necessarily specifically on Customer Success Management itself, but it must have relevance to the CS profession so that it is of potential interest to the members of this community.

Please login below to nominate a book. Thanks